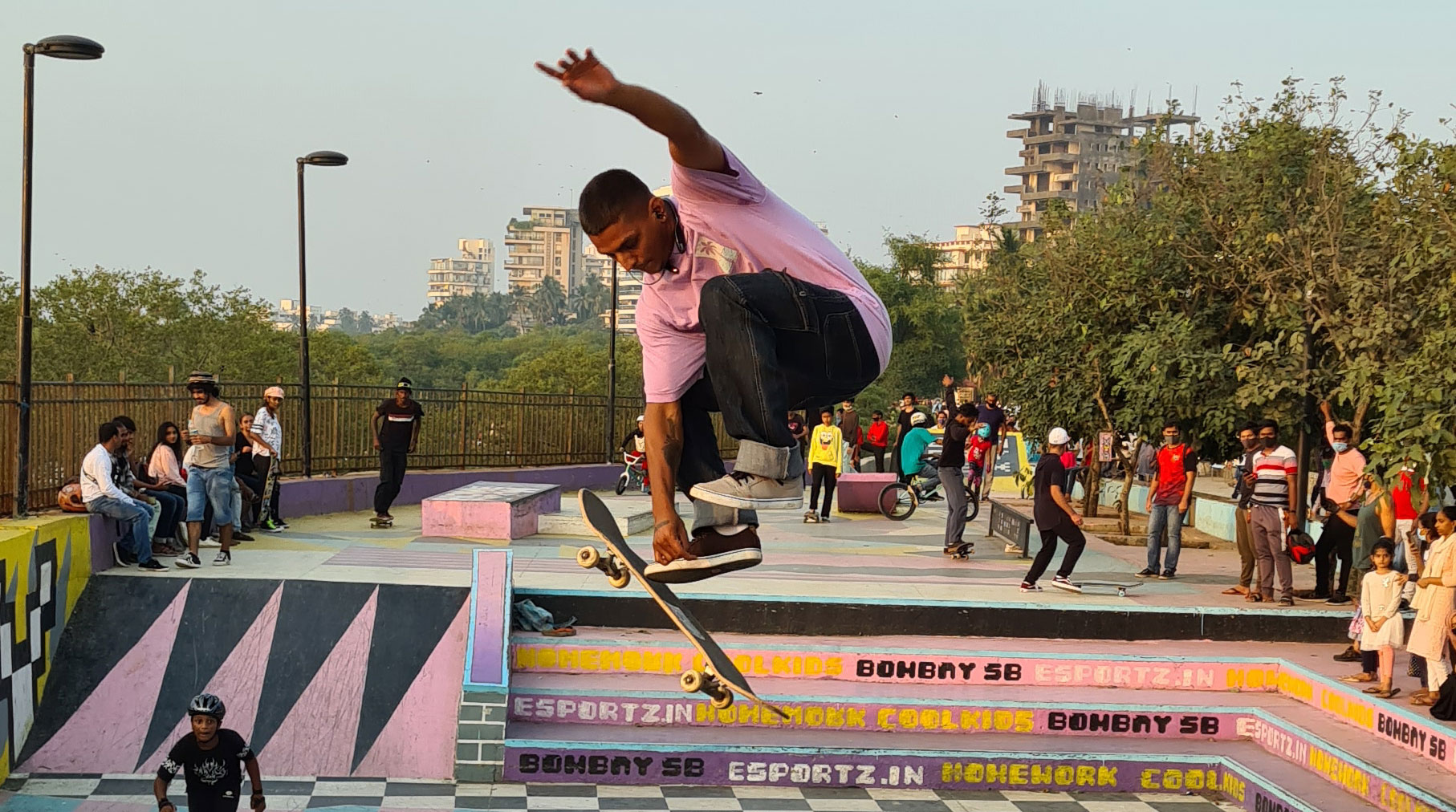 this is an excerpt from an article written by Samiksha Chaudhary that originally appeared on Homegrown.

Danish Architect Jan Gehl, who believes in the human-scale approach wherein people come together to use their cities and who believes in the sociality aspect of public spaces, once said, “a good city is like a good party – you stay for longer than you plan.” Across the globe, public spaces function as spaces of sociality, interactions, and building community. As cities become more and more populated, there is now a need more than ever for public spaces that ensure positive experiences between those co-habit the space.  Thinking of Indian cities like Mumbai, despite all the beauty around, the one thing that is usually missing is public spaces for all.

To bring about positive interactions in the public space is the Bandra Collective – a passion project started and sustained by six urban planners and architects. The objective of their efforts is to create public spaces that are accessible, comfortable, and function as agents of sociability, where people can meet others and foster friendships. They work in collaboration with local government bodies and the residents of the area to create associative spaces that will help reclaim the narrative of these spaces.

The subculture of skateboarding in India has been gaining momentum over the past few years with many cities in the country boasting of their own skateparks. To the delight of skateboarders in Mumbai, Bombay SB and Bandra Collective have set-up the city’s latest skatepark, ‘Hype in the City’ in Carter Road. The skatepark was built by Bombay SB, an established skatepark building company which has made two other world-class facilities in Navi Mumbai and Thane, and designed in collaboration with Bandra Collective. It is a public park and it was funded by Mr Ashish Shelar, MLA from Bandra West. The collaboration was brought to life with the help of Sanskar Sawant, an installation artist and muralist who runs Homework Studio, a space-design agency along with Esportz, an online gaming platform brand.

Turning urban spaces into a canvas, Homework Studio, with the help of Esportz, intended “to create a hype street plaza wherein a balance between patterns, colours and existing structures could be incorporated.” They wanted to create an arcade which could bring out one’s loud, playful side as well as function as a base for culture around Xgames and gamers and thrill-seekers. Says Sawant, “When we were approached by Bombay SB, a skateboarding community and makers of professional skateboarding and Xgame arenas, the newly constructed public skatepark on Carter Road which is called ‘Hype in the City’, became a perfect canvas for us to play with.”

The artwork was an attempt to trigger imagination with abstract aesthetics and interactive designs so that the features of the skatepark are highlighted. Inspired by board games, the skatepark has an arcade theme. The aim of the illustrated track is to create an experience for individuals where every feature doubles as a checkpoint in a game. The skatepark functions not just as a canvas for the muralist but also as an urban space that individuals can interact with at a subconscious level.

The project isn’t just an attempt at beautification or creating an impact for the future but also is an effort towards creating an interactive space for the community. Even the execution of the project saw the residents of Bandra coming out to volunteer being mindful of the COVID-related precautions. “Our response for volunteering has been amazing as people have been yearning to express their artistic side during the pandemic as well as be a part of a public initiative,” recounts Sawant.

The participation by local residents of Bandra for Hype in the City project is further proof that people too crave for public spaces where they can interact and bond. Skateboarding can be viewed as a disruptive force that has the ability to bring people from different communities and walks of life together. It also has within itself the power to build a community that transcends cultural and economic barriers. The examples of the evolution of skateboarding as a way to transcend social barriers in India are abundant whether it is the rural skate park in Madhya Pradesh or the fact that they bring marginalised voices of the north-east into the mainstream.

The mural illustrations at the Carter Road Skatepark are an important milestone for the city. It will help create positive and impactful experiences for the people of Mumbai. It can be an inclusive place where people from different walks of life can come together to engage in skateboarding, to interact with friends or to simply indulge in the artistry of the space. This collective effort by the Bandra Collective, Bombay SB, the local government (the promenade is built with the help of the MLA funds) and the residents is a beacon of hope that more such interactive urban spaces will find a home in the city in the near future.

The Bandra Collective is a not-for-profit urban design think-tank, comprising of architects and designers who bring design thinking to the production of public space.They navigate between citizens, state and policy to design and oversee meaningful public spaces for the city.