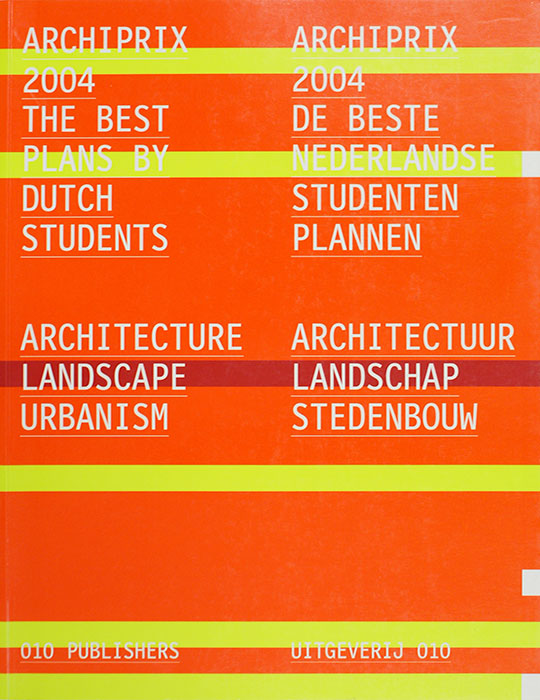 The year 2004 marks Archiprix’s first quarter century. During those 25 years, one of the key initiatives for young freshly graduated architects has grown into something of an institution. It was in 1979 that work by graduates in architecture and urban design from various Dutch university-level institutions was first selected for a project entitled ‘Student Plans’. Today, following the launch of Archiprix International in 2001, the future is looking bright.

The idea of bringing graduate work into the public eye by selecting, publishing and permitting the best plans produced at institutes of technology and schools of higher vocational education, all began with an ‘advisory committee on experimental housing’. This body was regularly the recipient of promising projects by students. But there was no way of subsidising a scheme, however good if it lacked a client and not infrequently a specific site. Often, the constructional technology and the concomitant costs has not been fully attended to either. To make at least something of this student work, in 1974 the then Ministry of Housing and Physical Planning set up a ‘committee for student plans’. Five years later, in 1979, the best of these plans were awarded a prize. This consisted of a subsidy to get the projects in question presentable and into a publishable form, triggering a more widespread interest in the work of these fledging designers and maybe leading to actual commissions.