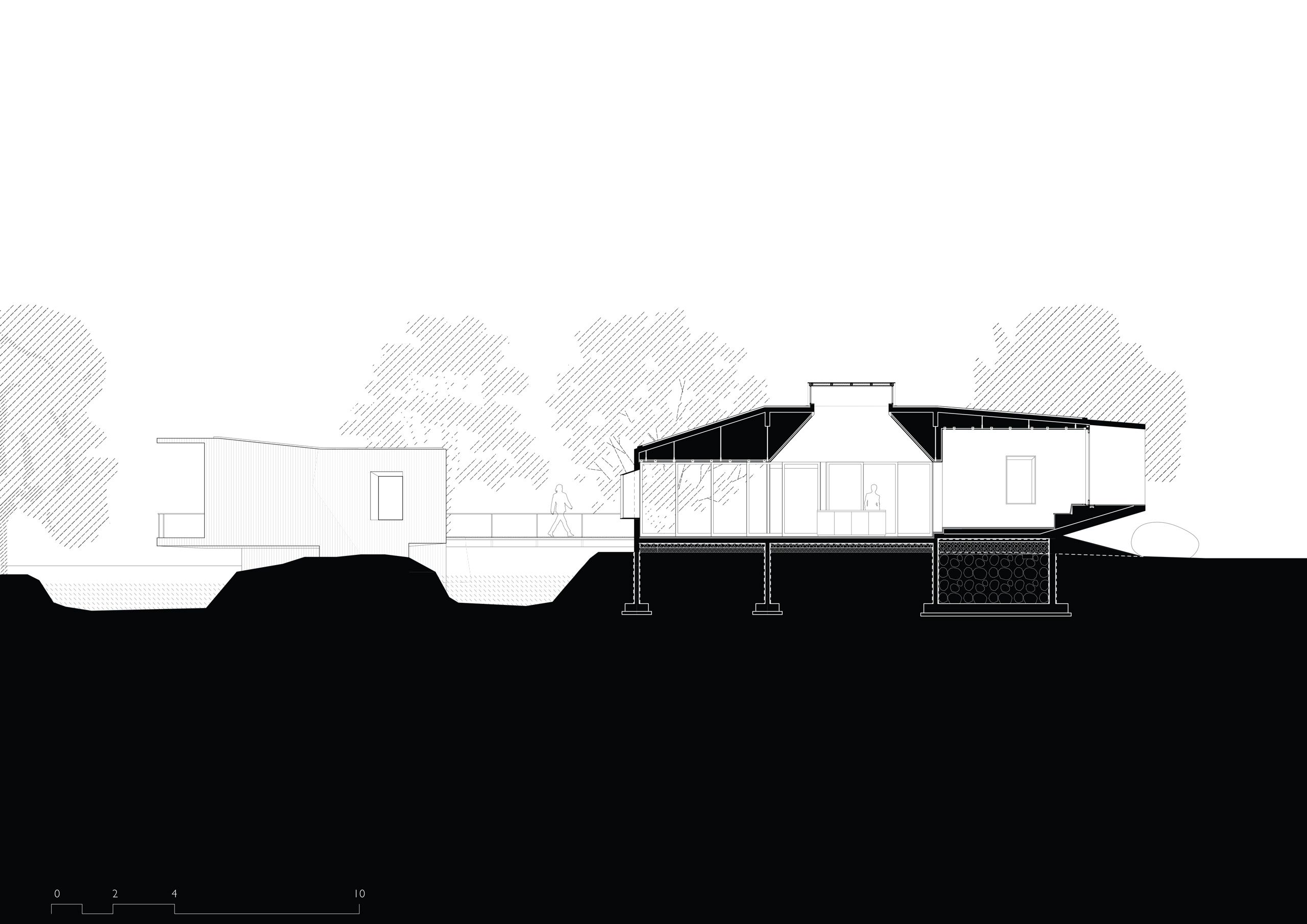 Communicating ideas through architectural drawings takes a central position in Architecture BRIO’s work. Sketching starts initially with procrastination. Taking up the pencil to start sketching is postponed as much as possible. Inspiration doesn’t come with a blank sheet. First, sketching has to happen in the mind.

The consistent process of drawing forms the core of the Architecture BRIO design process. Sometimes sporadic and sometimes planned, the pencil drawings sketched from the last page to the first in a tracing-pad sketchbook, evidence the sequential resolution of design. Much before drawing, the architect team evaluates the project in discussions and in the act of ‘asking the right questions’. This initial framing of thoughts enables the studio to articulate the core concerns of the project. By eliminating the weaker ideas from the many potential possibilities and approaches, it can narrow down on the appropriate direction. The processes of drawing are an investigative tool in the Architecture BRIO studio.

As the thoughts on a project become clearer, the architects start using the pencil. The sketches evidence two parallel processes. On one hand, the process of intuition instigates important moves and exploration of ideas.Those design impulses may or may not work. However on the other hand, the process of strategic planning forms a conceptual underlay as well. The sketches explore ideas that concern the scale of the built form, the proportions of the form against the site and the context, and the impact of the project on the site.

The design evolution concerns itself with the negation of the built form against the site conditions. The spaces in the project of Architecture BRIO are sequenced in an act of ‘building up anticipation’. Once in a while, in the process of drawing a breakthrough is achieved. Sometimes it is a point of clarity. Other times it is the defining moment in the design process where the scheme and the trajectory of the architecture becomes apparent.

While architectural drawings in the development of the design have their specific role in the process, the presentation drawings of the project have a distinct purpose. They therefore employ an independent language. These drawings make explicit the design and to a certain extent – its materiality. One can read the multiple layers of these drawings as overlays in plans. In the margins of the sheets axonometric often clarify the intended construction system. The drawing layers are specifically helpful in understanding the project on contoured sites. Once the scheme is clear, the resolution of detail happens at a much larger scale. In this shifting of scale, the drawings become more intricate, revealing the complexity of detail of the project.