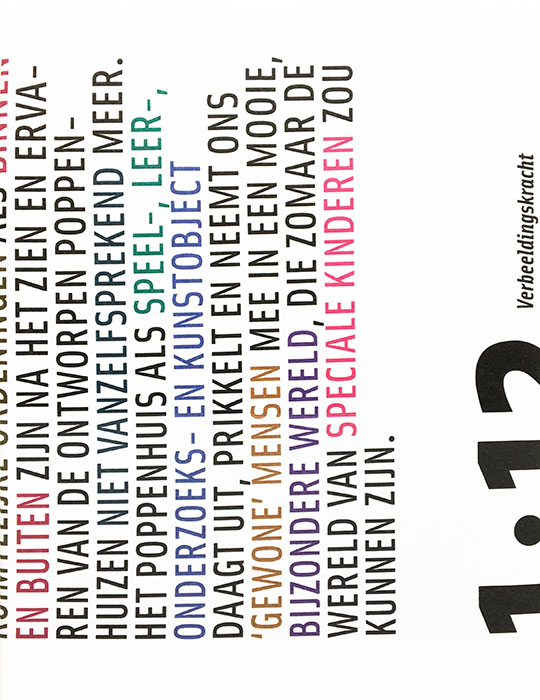 By Peter Masselink and others

this book is originally published in Dutch:

The dollhouse as a scale model

Traditional dollhouses are often a reflection of a certain reality. It is in proportion to the things we know. But what if a child barely, or not at all, perceives these relationships, for example due to illness? How should the dollhouse change to do justice to the experience of these children? Eighteen architects have accepted this challenge. They have designed and built a dollhouse for children with a serious energy metabolic disorder. Therefore these houses have a completely different meaning and appearance than the puppet houses from around 1750 or the little hard plastic Barbie houses. They offer new possibilities, bring the world to the bedroom or show through a powerful image what having such a disease means.

This publication collects these special dollhouses. Every architect has described his own vision of the idea of a dollhouse. Additionally, the book contains pieces by Jet Pijzel-Domisse (former curator of The Hague Municipal Museum) and Ko Jacobs (director of ArtEZ Academy of Architecture). He describes the meaning of dollhouses on the basis of the history of the dollhouse ranging from the Dolls’ House that Edwin Lutyens designed for Queen Mary to the Spiral Dollhouse, a contemporary take on the Dollhouse by Architecture BRIO.