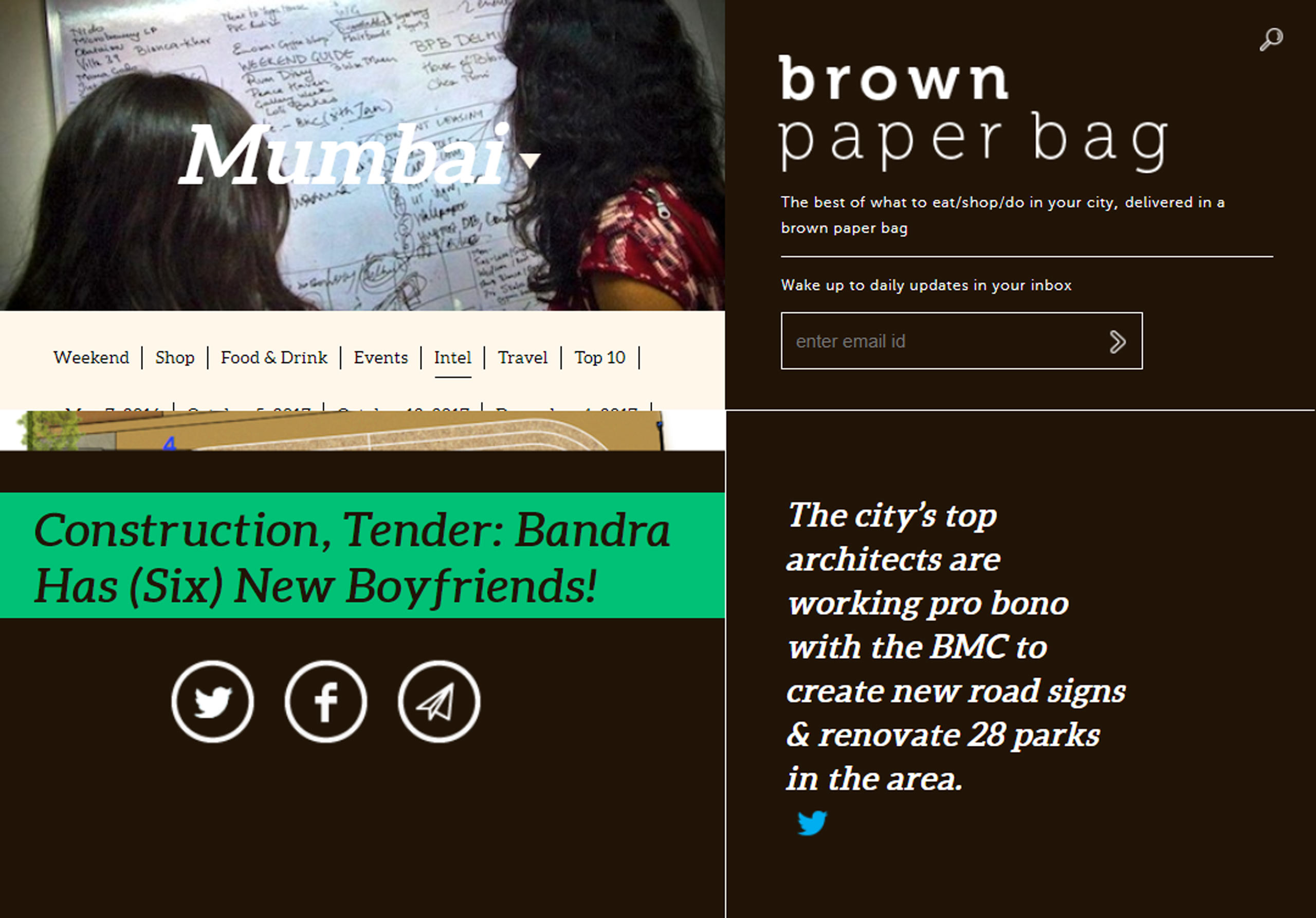 If stumbling upon Mount Mary Fair’s most delicious chorizo stall is like divine intervention, we suggest you take a break from your sausage fest to seek out other signs too. Particularly this one: a slick black and white marble road sign for Mount Mary Chowk, bearing artwork reminiscent of the church’s wrought-iron gates. In the name of the Father, Son and the Holy chowk? Amen.

First in a series of Bandra road signs, this comes to us from the Brandra Collective, a colony of architectural firms (The Busride, Samir D’monte Architects, Sameep Padora & Associates (sP+a), Urban Studio, Abraham John Architects, Architecture BRIO) that are working pro bono with the BMC to make Bandra a prettier place.

“The first rule of the Bandra Collective is that you don’t talk about the Bandra Collective,” Ayaz Basrai of The Busride jokes on the Facebook group. Unlike the Fight Club though, these Tile-r Durdens are fighting the right battle, and the result is an “ego-less sharing” of architectural ideas. Individually, they’ve built and designed some of the best restaurants, stores and homes in the country.

Road signs from the project will be installed at Bandra Bandstand soon; if you’d like one on your street, you can email the Bandra Collective yourself or via your ALM or local corporator.

At Patwardhan Park, a snake-like design element will run through the garden, culminating in seating and a skating area.
Besides road signs, this Collective will also be all up in your estate of affairs; they’re currently redesigning 28 parks in Bandra. “I have to say that the BMC has been super motivated and has plugged into us as a design resource,” says Ayaz.

Samir D’monte, another architect, talks about how the collective is taking over Peace Haven garden behind Chand Terraces building, where they will build a multi-purpose sports court that can be used by the public. At Patwardhan Park, a snake-like design element will run through the garden, culminating in seating and a skating area. “Alan Abraham from our collective is working on a plan to re-configure the hawkers at the beginning of Linking Road, so this park can be experienced by pedestrians,” Samir adds.

While the park renovations are still underway, you can drop by Bandra Fair to get a load of their first creation. You may even spot some of the Collective’s architects on the Ferris Wheel, using this bird’s eye view to plan their next Bandra move.